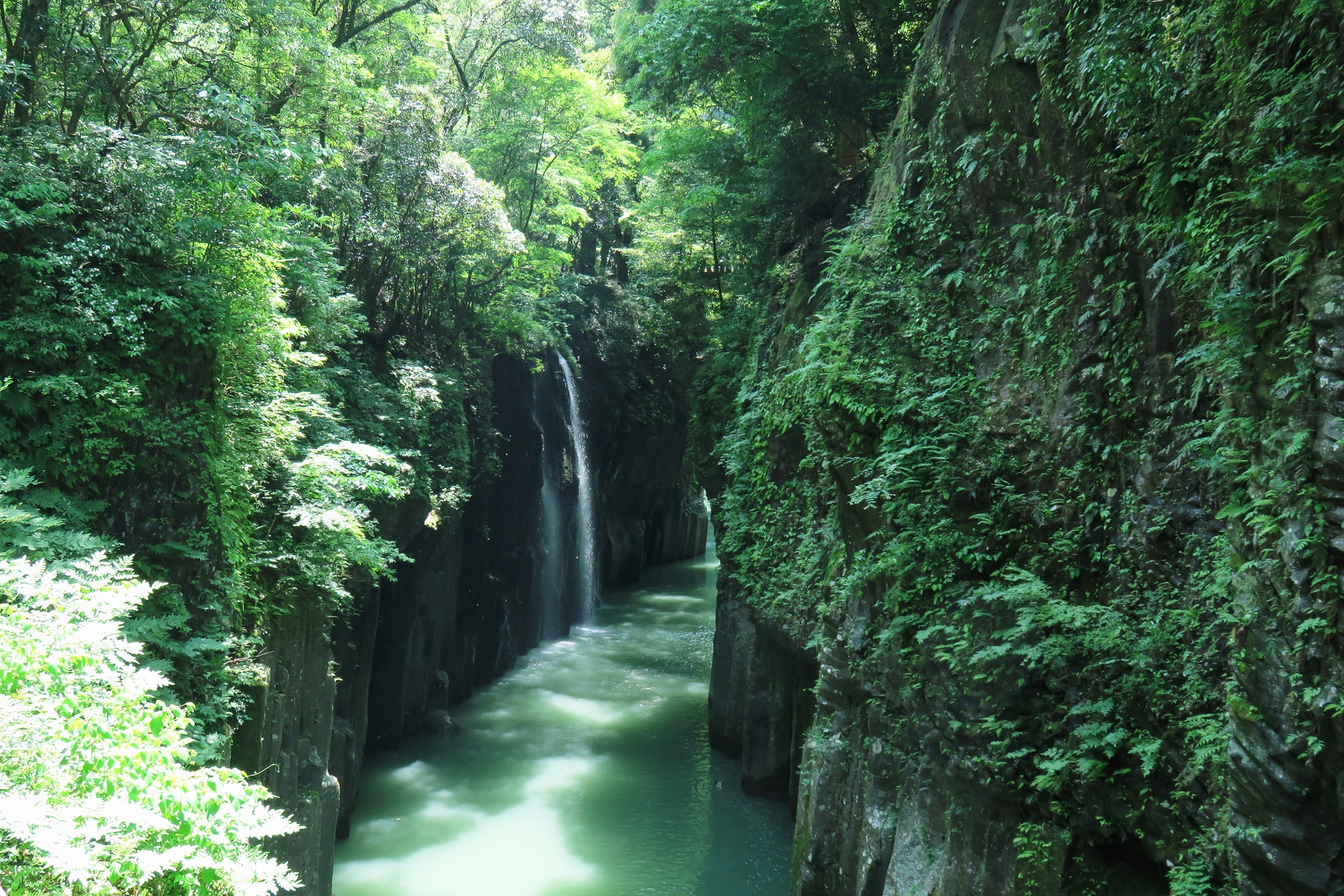 Photo by kyana from Photo AC

Steeped in legends from Japanese mythology, Miyazaki is home to the Ama no Iwato Shrine which was the location of a cave (Amano Yasugawara) where Amaterasu, the sun goddess believed to have created Japan, hid from his brother’s cruel pranks and, thereby, deprived the world of her life-giving light. The other gods and goddesses could not lure her out until one goddess performed an indelicate dance causing the other deities to laugh and Amaterasu to come out curious to see what was going on. Coincidentally, Miyazaki is where Japan receives the most sunshine hours. The dance is still performed in Takachiho Shrine which is close to the impressive Takachiho Gorge.

You can read more about Miyazaki, its local attractions and must-see places as well as some navigational guides in Japan National Tourism Organization's Web Site.

The following clothes are recommended for visiting Miyazaki in the 2nd week of Aug.