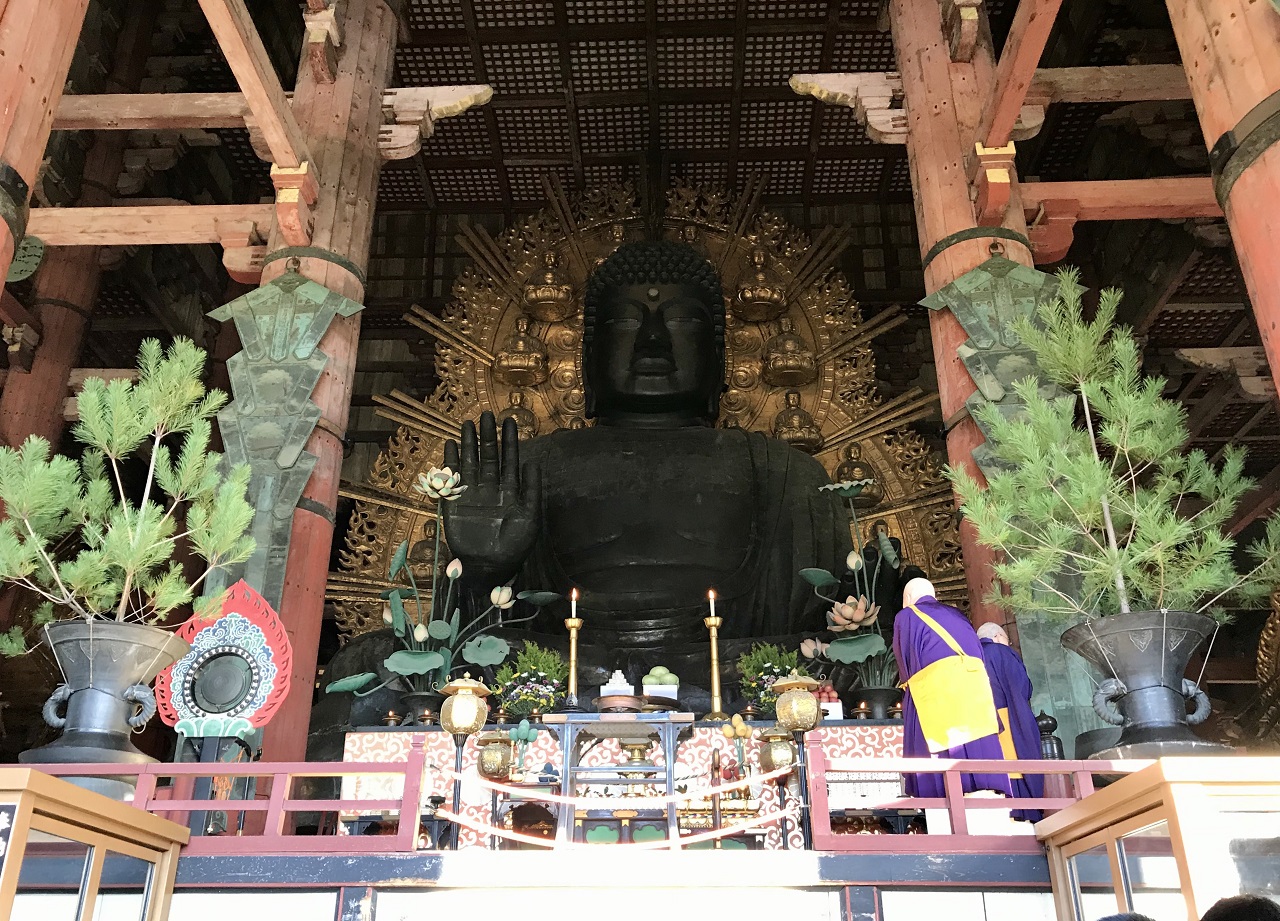 “The first capital of Japan.”

Nara is a small prefecture located just right next to Kyoto and Nara City claims the title of the first capital of Japan from 710 to 784. As the first capital, shrines and temples quickly rose out of this small but proud city. It’s home to Todaiji Temple, a UNESCO World Heritage Site, which consists of several buildings including the largest wooden structure in the world, the 48m high Daibutsu-den, which is the home of the largest Buddha structure in the world, the 15m high bronze Daibutsu (Great Buddha). Nara prefecture is also the home of the very first UNESCO World Heritage site in Japan, Horyuji Temple, which contains the world’s oldest surviving wooden buildings.

You can read more about Nara, its local attractions and must-see places as well as some navigational guides in Japan National Tourism Organization's Web Site.

The following clothes are recommended for visiting Nara in the 2nd week of Aug.