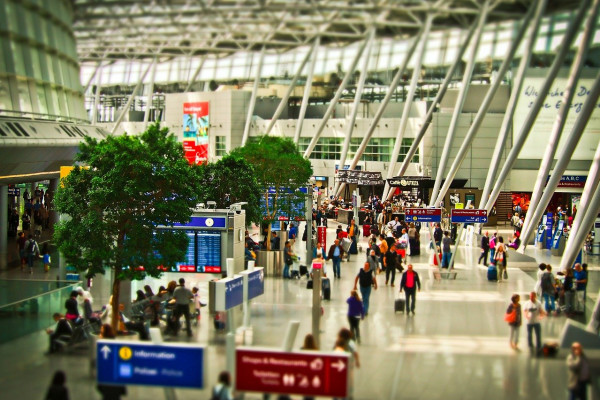 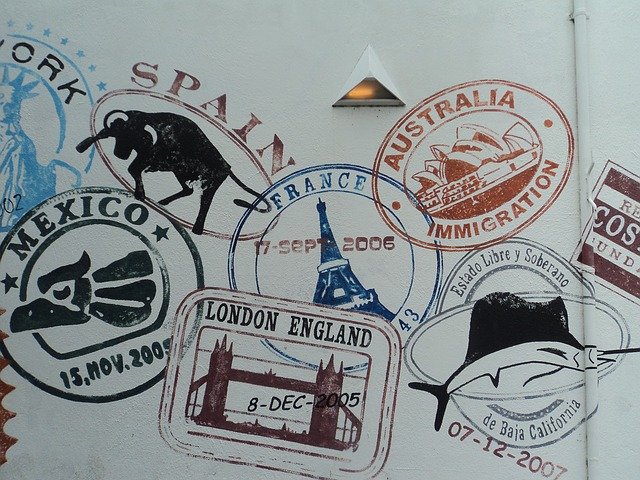 You need to apply for a visa to enter Japan. However, for a short term stay up to 90 days, a visa exemption may be applied for by travelers whose passport is issued by a country listed here.

If you're not eligible for a visa exemption, the visa needs to be applied for at a Japanese Embassy / Consulate General with jurisdiction over the area in which the applicant lives or those with jurisdiction over the country of which your passport is issued. Usually, the visa will be issued around 5 working days as long as the application is complete and there are no particular problems with its contents. In case the visa application needs to be evaluated by the Ministry of Foreign Affairs in Tokyo, it takes over a month for processing. Also, depending on your country, the application requires not only the information about yourself but also an invitation letter from someone who will guarantee your stay in Japan. So, it is recommended to start the visa arrangement once you decide to visit Japan. The validity of a single-entry visa is 3 months.

This flow chart from the Website of the Ministry of Foreign Affairs of Japan explains the overall process of the visa application. 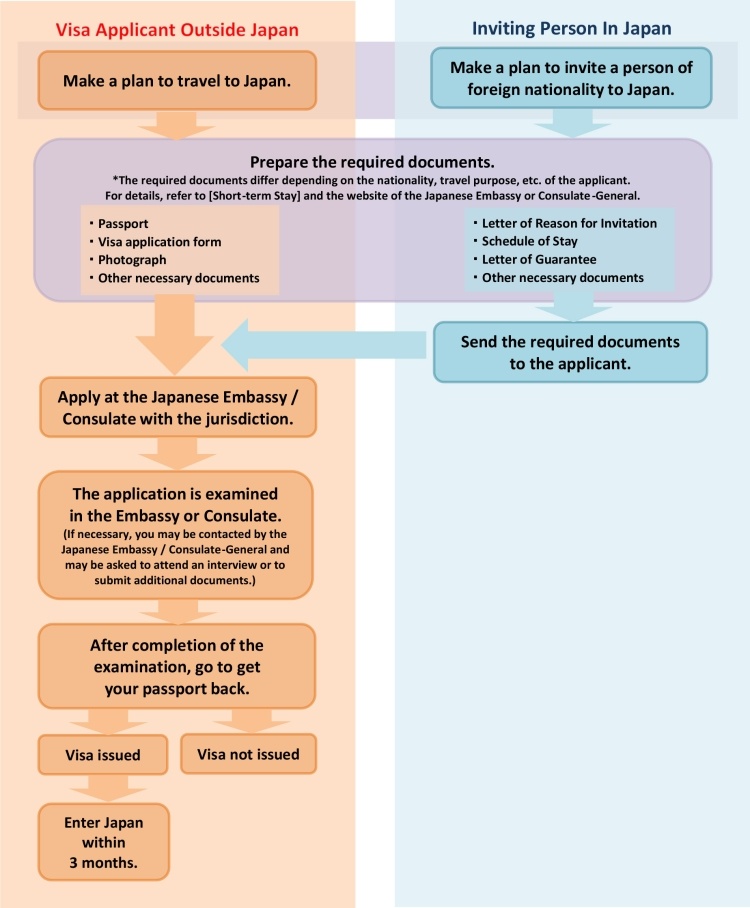 For more detailed and up-to-date information about the visa application, please visit the Ministry of Foreign Affairs web site. 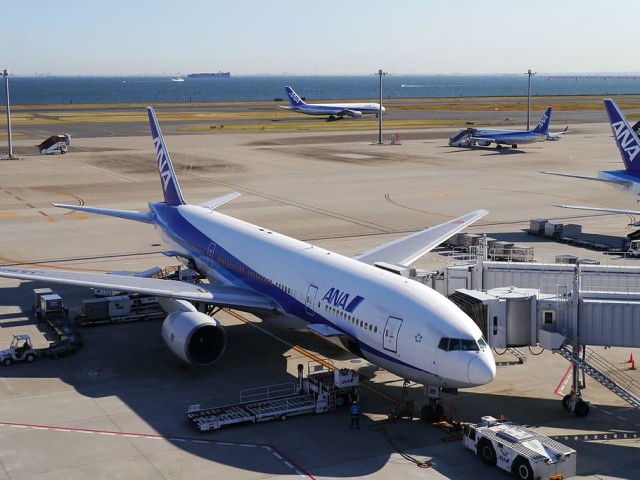 Haneda International Airport, a.k.a. Tokyo International Airport, is the largest airport in Japan and is in operation for 24 hours. It is the closest airport to reach the center of Tokyo in less than 1 hour by train, bus, or mono-rail. You can also easily access the Shinkansen (bullet train) and many domestic flights to visit anywhere in Japan. Haneda Airport was ranked no.2 by the Skytrack World Airport Awards 2020.

Narita International Airport is another airport hub to access the Tokyo area. From the airport to the center of Tokyo, it will take approximately 1.5 hours by a bus or train. You can take domestic LCC to fly from Narita Airport to various places in Japan within reasonable prices. The airport does not operate for 24 hours but passengers taking a flight in the early morning can stay overnight.

Kansai International Airport has good access to various places in the Kansai area such as 1 hour to Osaka and 1.5 hours to Kyoto. If you plan to travel the west and south side of Japan, the use of Kansai International Airport will be more convenient than using one of the airports in the Tokyo area. The airport is under 24-hour operation and passengers can stay in the terminal buildings. A few shops are open for 24 hours as well.

You can bring your WiFi or Bluetooth certified devices and use them in Japan within 90 days after your entry to Japan. Over 90 days, you need to use a device certified in Japan. A good practice is to rent a WiFi router with a SIM card subscription at the airport. There are many service providers out there, so you can easily find the information on the Internet.

Free WiFi Internet access is available at some coffee shops. For example, Starbucks, Tully's Coffee and Cafe Renoir are widely available in Japan and they usually offer free Internet access (of course you may need to buy a drink ;-p )

JR owns the largest train network covering the whole nation, as it was the national railway provider until it was divided into JR regional private companies in 1987. You will take a JR train to travel long distances in Japan.

In a large city such as Tokyo, Nagoya, Osaka, Kyoto, Fukuoka and Sapporo, there are railways and subways run by other private companies too. A recommendation is to buy a rechargeable smartcard at a station. Although the rechargeable card may be called differently depending on which railway/subway company you buy it from, they can be used across the companies.

500 JPY is needed as a deposit, which is returned when you return the card at the end of your travel in Japan. The rechargeable smartcard can also be used for payment at a convenience store.

JR group sells a "Japan Rail Pass" for foreign tourists in Japan. With a Japan Rain Pass you can take most of the trains, buses, and ferries operated by JR group for a certain period (you can choose 7, 14 or 21 days) for a relatively reasonable price.

A Japan Rail Pass is sold to foreign passport holders with the temporary visitor entry status. You will pay before your arrival to Japan and receive an exchange order, bring the exchange order to Japan and exchange it for a ticket at the airport or one of the designated JR train stations. You will be requested to show the temporary visitor stamp on your passport upon the exchange so make sure you get the stamp on your passport at the airport when you arrive.

Local buses are operated in large cities by the city government as well as private companies. You can take those buses by using a smartcard like Suica.

Long distance buses are operated by JR as well as other private companies. Generally speaking, taking a bus is much cheaper than taking a train but takes longer time. Let's say you travel from Tokyo to Osaka for example:

Plus, if you take an overnight bus, you can save accommodation. Overnight buses connect different cities in Japan.

On the other hand, overnight trains are no longer operated regularly but occasionally during a high peak season.

JAL (Japan Airlines) and ANA (All Nippon Airways) are the 2 major airlines in Japan. JAL is a member of the One World group while ANA is a member of the Star Alliance. Both JAL and ANA fly between cities nationwide and you can choose your preferred one in most of the cities. Exceptions are the islands. JAL has more flight to the islands than ANA.

There are several LCC operating in Japan as well, but they don't cover the whole nation like JAL and ANA do.

The Japan National Tourism Organization (JNTO) is the official tourism bureau of Japan under the Japan Tourism Agency tasked to perform operations including tourism advertising abroad and tour guiding for international travelers. You can search for the various information to tailor your trips, find events and popular places to visit, in their web site.

As the weather and environment is different from your country, you may get sick at your travel destination. JNTO provides the safety guide information page where you can find a hospital that you can contact in such a case. Also, they introduced the "Japanese Visitor Hotline", a multilingual call center operating 24-hours for tourists.

The Japan Meteorological Agency, as a part of Japanese government, provides services for the prevention and mitigation of natural disasters, safety of transportation, development and prosperity of industry and improvement of public welfare. You can find the weather forecasts both for the short term and long term in their web site.

The Japan Tourism Agency is working on enhancing tourism measures in order to make Japan a tourism nation. You can find statistics and whitepapers about the tourism in Japan in their website.

Also, they have developed a smartphone app "Safety tips" to provide hazard and safety information for the foreigners living in or visiting Japan. The smartphone app supports 14 different languages.